What To Say When Proposing Marriage? 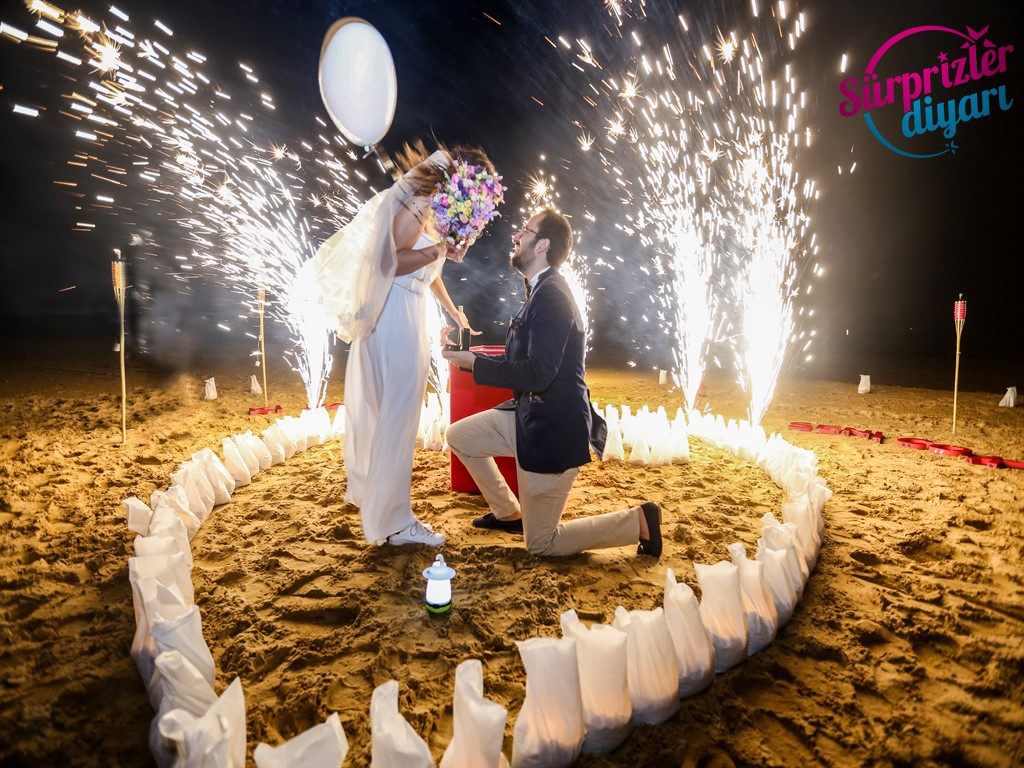 What to say when proposing marriage? It is appropriate to make a short speech with well-chosen, effective sentences in the surprise organization you have prepared for your marriage proposal. Of course, you can only say, "Will you marry me?" by kneeling on your knees. But wouldn't it be better if you crowned this special moment with more romantic expressions in a much more creative way? Well, then, what are you going to say? If you want to prepare a special speech without copying the ready-made marriage proposal lines, you can use the following tips: Don't worry, people don't generally fall in love with each other as if they were struck by lightning when they first saw each other's eyes like in romantic comedy films! So maybe your first meeting has been quite ordinary. For example, when you become a classmate, or when she moved into the flat next door,  waiting in the cashier queue at the restaurant, like in the movies, when you collided, she dropped the packages she had and you helped her, or you may have met her in a very ordinary situation. Regardless its way, you are sure to feel very romantic when you think about it. Would it not be so special to remind her this moment when you propose marriage? Tell her about something that matters to both of you as a couple; Think of the ideals that you have the same common values, that you feel the same sensitivities, that you intend to achieve together with her. For example, do you participate in various organizations to prevent the extinct of the Caretta Caretta? Or do you visit animal shelters together? What are the things that make you act together for the same purpose? Is it the team you support? You can benefit from these areas of common sensitivity for very meaningful words that you will get inspiration from while proposing marriage. Consider when you first felt you wanted to marry her; When did you first think that you wanted to marry him? Is it the first time you saw her, the first time you held her hand, or the first time you witnessed her compassion while stroking a boy's head? Or when you ate the first meal she made for you? You can use it during your marriage proposal by extracting a wonderful sentence from this special moment. Consider What Positive Changes You Have Had in Yourself since You First Met Her; If it has been months or years since you met her, there must have been some changes in your life. For example, when you didn't believe in marriage before, you may have understood the importance of the family after meeting her. Or after you've met her, you may have started to eat healthy food and stopped eating junk food. Or thanks to her, you now go anywhere with your bike. Considering the positive changes in your life thanks to her, you can make a nice introduction to your marriage proposal speech. If you want to be inspired by the ready-made lines, you can take a look at the marriage proposal lines in our archive.