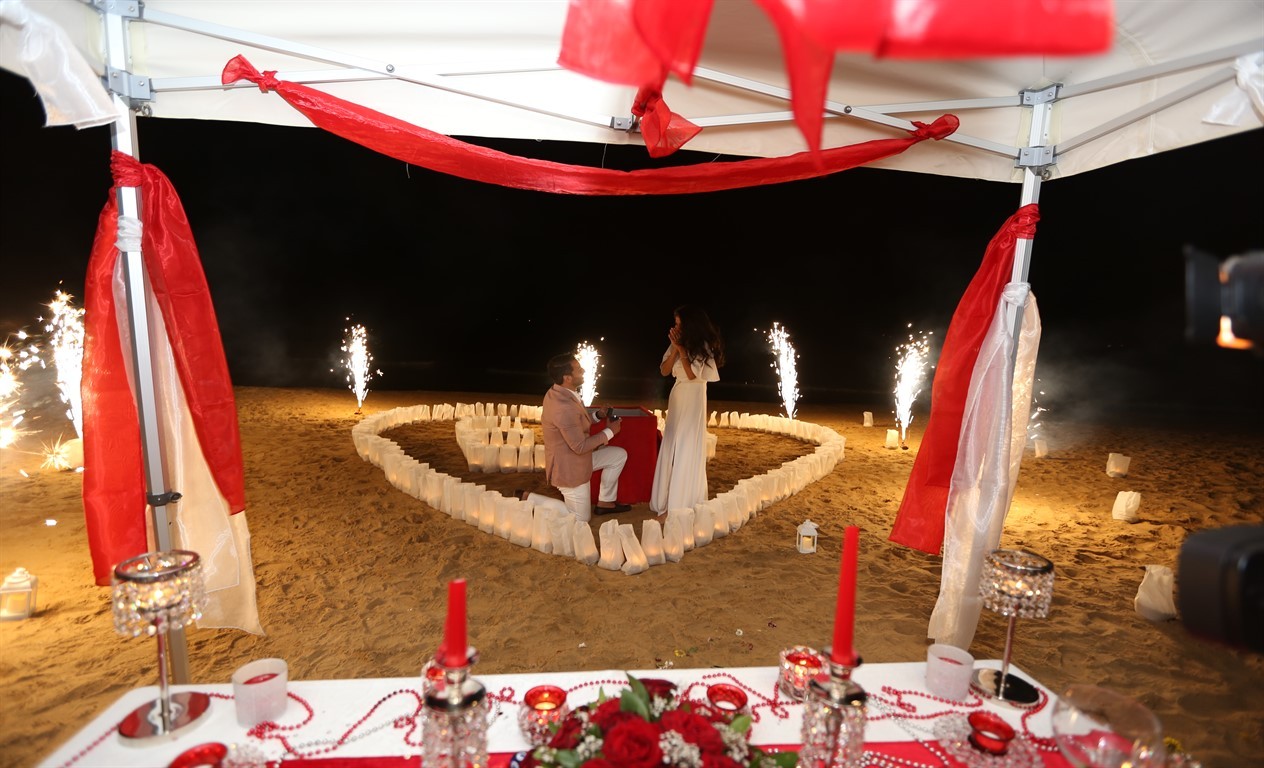 What kind of image comes to your mind when you say marriage proposal? A man and a ring box in his hand kneeling on one knee in front of a woman, right?

Well, then, why is that? Why do the men kneel when they propose? To tell you the truth, actually, the answer to this question is not exactly known. Some traditions, habits are like that anyway aren't they? Everyone does the exact same thing without exception; but they don't know exactly why they do it.

There are some historical assumptions about this. Some researchers think that this tradition has become widespread around the world due to the influence of the advertisers in the 1930s. Some argue that this impressive tradition already existed centuries ago.

The idea of proposing marriage by kneeling on a knee is considered to be a modern invention by many. It is not clear where the source is based, however.

Men are loyal servants of women;

Ordinary men in love with noble women of the Middle Ages kneeled in front of them. They actually showed that they were servants of women by kneeling in front of women,  both literally and figuratively. Many historians agree that kneeling men showed noble women their submission and respect in a feudal sense.

Kneeling is modesty, it is obedience; When we look at European history in general, we see that kneeling means humility, prayer, and obedience at the same time. For example, knights would kneel in front of the Lords to receive the honor. Or the commanders of the surrendered armies would kneel before the commander they were defeated. In fact, the kneeling of the man who will propose to marry means the same:

“to expect a blessing from her, and to show his physical devotion and devotion to her.”

Kneeling to propose marriage seems to have first appeared in the 19th century, but as we have pointed out, the information on this subject is not clear. The fact that it evokes love and respect is an undeniable truth though... Men who are sure to receive the "Yes" response to the proposal kneels! If we return to the present after such historical knowledge, we can say that proposing by kneeling down on the knee is the behavior of men who are sure to get a “yes” answer. Imagine how hard it would be for a kneeling man to get a refusal. If you are going to propose marriage in front of everyone, do not attempt it until you are sure you will get the “Yes” answer. Although there is no pride in love, it is worthwhile not to risk it.

In summary, we can say:

When you propose to marry kneeling in front of a woman whom you think you will spend the rest of your life with, you will show your respect for her, your love and the surrender of your heart. Could there be a more beautiful and romantic reason than this...